Most mouthwash offers a standard set of benefits, wiping out the bacteria that produce plaque and bad breath, strengthening tooth enamel, and improving gum health. Whether you’re looking for an all-purpose mouthwash that accomplishes all of the above, or something that targets more specific symptoms, we’ve got you covered. 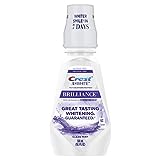 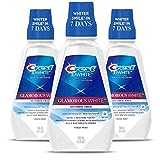 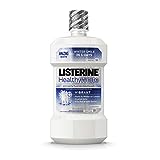 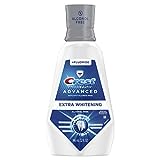 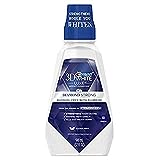 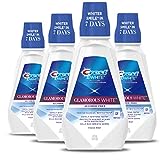 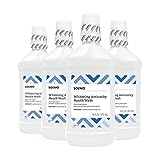 How We Chose the Best Mouthwash

Alcohol aids in mouthwash’s antiseptic powers, but plenty of other ingredients can play the same antibacterial role. Its most noticeable function is just to give your mouthwash the tingly bite that seems to signal a thorough clean. This is akin to the lather of shampoo — lather doesn’t do hair any extra good (and actually means that rough detergents are at work) but it sure seems like it’s working.

Alcohol also dries out your mouth, which promotes bad breath. In other words, the more often you use an alcohol-based mouthwash, the more likely you are to feel like you need mouthwash. Dr. Rubecca Shahid, of Seattle’s Bright Now Dental, told us that she recommends alcohol-free mouthwash to her patients due to this, so we cut any mouthwash that included it — which knocked much of Listerine’s product line from the running right out of the gate.

While some ingredients — like alcohol — are always bad, deciding which ingredients are “good” depends on what you want your mouthwash to do. After looking through our remaining ingredient lists, we divided the rest of our mouthwash into five categories, each relying on different active ingredients and targeting different oral needs: cavity protection, anti-plaque, natural, whitening, and dry mouth.

As we sorted through ingredient lists, we learned many mouthwash brands offer multiple formulas that are basically identical: The only difference between Crest Pro-Health Advanced Mouthwash with Extra Deep Clean and Crest Pro-Health Advanced Active Strengthening Mouthwash is that one includes water and the other doesn’t. The active ingredients are the same. So for each of our five categories, we hand-selected one popular product apiece from well-known brands like Crest and ACT, also including highly reviewed niche offerings from brands like TheraBreath and The Natural Dentist.

We wanted to find products that we liked enough to use on a daily basis. After all, no matter how many great ingredients your mouthwash has, if you don’t like the experience, the bottle will sit in purgatory in your medicine cabinet. To test our contenders, we swished with each mouthwash’s recommended dose for one minute (about the maximum recommended time).

We compared flavor, whether the mouthwash burned, and how our mouths felt post-gargle. We compared the bitterness and sweetness of mint, the differences between a satisfying tingle or sting, and whether our mouths felt clean or coated in chemicals. Our testers also looked closely at products with gimmicks or claims of cutting edge technology to see whether they made any difference in experience.

How to Find the Right Mouthwash

Sugary, starchy foods, from candy to bread, can create an acidic environment in your mouth that’s paradise to plaque bacteria. When food debris of this kind is left undisturbed, the bacteria chow down, depositing acid as they work — which quickly begins eroding tooth enamel and making way for cavities.

There are also foods that are actually beneficial to the health of your teeth, namely those that contain calcium and phosphorous, like dairy, meats, and fish. However, even nutrient-rich foods leave debris for bacteria to feast on and so should always be followed up with a brush, floss, and rinse routine.

Widely recommended in Ayurvedic and Traditional Chinese Medicine, U-shaped metal scrapers allow you to manually remove the sulfur-producing bacteria that builds on the back third of the tongue. That white biofilm gathering on its surface is directly responsible for bad breath.

Mouthwash is no replacement for brushing and flossing. The dentists we spoke with stressed that it’s an adjunctive treatment — it provides an additional round of pampering for your mouth but can never replace a toothbrush. In fact, Dr. Hosan Park, a periodontist in Seattle, noted that he rarely recommends mouthwash to patients who already have good oral hygiene routines with no sign of other oral diseases.

What is the benefit of mouthwash?

Mouthwash is uniquely capable of reaching nooks and crannies that you’d be hard-pressed to hit with your toothbrush. Since your teeth only constitute about 25% of your mouth’s total surface area, mouthwash can help make the other 75% a less hospitable environment for bacteria and bacteria-induced problems like plaque and bad breath.